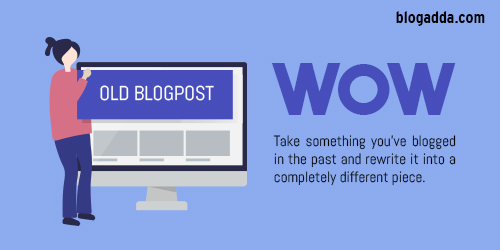 I am narrating the story of a great journey I undertook. It was a place somewhere in India, but where exactly I do not remember, I entered a lift from some upper floor of a building, a society building or of some office, I do not remember that too! Anyway I intended to reach the ground floor for moving out somewhere! The lift was about to reach the ground floor when suddenly I found that the shape, color and look of the lift changed. I remember that I was alone in the lift and had pressed the button for reaching the ground floor!

But now there was a lift man in the lift, wearing some attire, like some fancy dress, after reaching ground floor the lift did not stop and it continued to run, at a very high speed for hours I presume. Obviously we were travelling deep underground, like I had heard that people go into very deep copper or gold mines, but that does not take hours of travel! I think we had gone up to the middle point of mother earth.

In the end the lift stopped and we were rushed into a tunnel slipping down, yes ‘we’,  it appeared that there were several lifts bringing people to that point and from there they were slipping into that tunnel, but it was very smooth, no scratch or harm to our cloths or body. That tunnel took us to a vast and smooth road where a very beautiful bus was waiting, like those on the airports, the conductors was waving, calling all to get into the bus and without thinking much, I along with all others got into the bus, the other people appeared to be from different parts of the world, and I felt that the lifts bringing people to that point were originating from different countries.

Like we have City Centre in big cities, It appeared to be the Earth Centre, I thought that next time I reach there and am free, I would roam around there since it was a beautiful place to visit.

When I boarded the vehicle, I felt it was a bus, but soon it started flying into a tunnel, which appeared to be along the radial line, from central point of Earth to somewhere on the surface of the Earth. It stopped at the Eiffel tower, people got down, viewed it, roamed around and came back to the vehicle. After covering 2-3 nice spots, some lakes, falls etc. the vehicle or say the flying machine flew back to the central point of earth and again through another radial tunnel, it appeared in another country.

It appeared to be a whirlwind tour of the famous spots of the world, be in Washington, London or Paris. I do not remember which were all the famous locations I visited, it was continuing to fly into and out of the earth, through radial tunnel type flying spaces. I found that nobody was feeling tired and the flying machine never getting fuel anywhere. Suddenly I felt that I was in India at a quite familiar place and I do not know about others but I was feeling a bit tired.

When the vehicle was slowly moving on a road with Jam like condition, I jumped off it. I felt that I would fall down and get hurt and in reality I was about to fall from my bed. I just got up and kept thinking, what were the places I had visited in my dream as I forget those details very fast.

I am writing this post based on the first WOW prompt in 2019,” we would want you to Take something you’ve blogged in the past and rewrite it into a completely different piece”.

Yes I took the basic thing from my previous post that I have to write about an imaginary journey or so and have written this post.

Here is the link to my previous post WOW : A Short trip under the Sea!

I hope you would like this.
Thanks for reading.

Nice write up and got tempted to travel along with you, but the end jolted me back to reality

The lift going down endlessly! Were you dreaming? Must be. But nice dream. At least you got to visit beautiful cities in beautiful buses. Were you served with snacks, lunch and dinner also?