I do not feel well versed with the modern gadgets, for example there are many functions in the mobile phone sets, which I am not comfortable in using. I do not find myself in a position to find faults in the gadgets but I am inspired to talk about one gadget or device, which people use quite extensively these days. 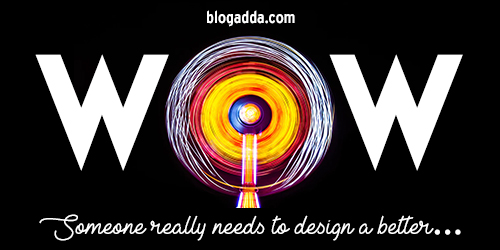 I still remember a revolutionary change that had come in India, around the year 2000 if I correctly remember. That time I was living in Mumbai.Til  that time if anybody had to suddenly rush to some place, may be after getting any good or bad news, he needed to rush to some bank for withdrawing money and also people normally kept some ready cash at home also, to meet such requirements.

It was in that background I remember, when the ATM service was introduced, initially it was available in big cities, for Mumbai at least one can say that the city never sleeps, one can move to any place, any time. The money support was also enabled by putting ATM machines at selected locations that time, open 24 hours. One could get out anytime, draw money from his account  and move on.

This was simply not worth believing for me at that time. We have seen that there are some areas in the country, where when trains or buses pass through, passengers fear that if they are carrying cash with them they might get looted. There are some areas where such people are pampered by politicians and many people treat it as their profession. Their number is coming down and I hope that some day it would be completely neutralized.

When these ATMs were introduced, I simply felt amazed, I thought  do we really deserve to get the benefit of such facility, in a country where there are people who can murder somebody for a little amount he or she is carrying, while here we know that a lot of amount is physically present in that machine and a greedy thief could try to grab that.

Several such attempts have been made but I am happy that this system have become very popular and several persons who tried to grab cash from them have been caught and punished.

These are my views on ‘Someone Really Needs To Design A Better…machine or system’.

6 replies on “Gadgets with a better design!”

I so wish the same too. A strong believer in the technology, I am a strong supporter of the cashless transactions.

Liked your idea, it was really nice to go through your experience and views with ATM.

I agree with you ATMs are of great help for people in need of cash. Nice post.