Life in itself is full of a series of questions. In the beginning of civilization or rather before that, when human beings came into existence, survival was the biggest question. There were the wild animals and the human beings and how the world of today evolved anybody can study and know all the details.

Our spiritual leaders pose a big question; they call it the basic question- what is the purpose our coming on this planet called earth, living our lives? For the animals there is no other issue than survival, but we humans, who feel that we are civilized, think about all human beings, our past and future, we need to know what is the purpose of our life! 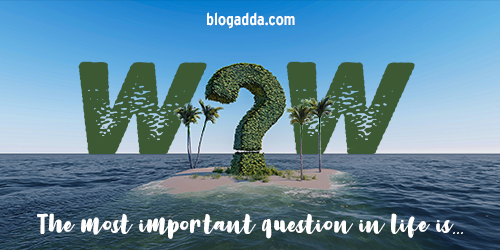 The basic and unique quality of humans is that we keep asking questions and finding answers for them. This is the biggest boon for humans which allows us to march ahead. We learn from our mistakes. We all need to live in love with all human beings, try to contribute for the society and make our presence felt.

The biggest question that haunts me is whether our world can live in peace, all the nations together! There are organizations like UNO and other forums where various countries are represented. Can’t they create an atmosphere where there are no fights amongst various countries, no terrorism etc.

I sincerely feel that world leaders should make sincere efforts in this direction, but we find that the big Super powers are interested in the sale of weapons that they manufacture.

There are countries like Pakistan, for whom terrorism is a part of their govt. policies or rather Military agenda. Since that country is run by the military establishment and the elected leader there is just a puppet in their hands.

I just dream that there is peace in the world and all the governments work towards the well-being and progress of their people and the world at large.

The Most Important Question In Life Is, would we witness that environment of peace and brotherhood in the world, where no country is bent upon extending its boundaries and creating an atmosphere of animosity and war like situations.

This post is a part of Write Over the Weekend, an initiative for Indian Bloggers by BlogAdda..