The incident which took place in Pulwama resulting in the tragic death of 40 bravehearts of CRPF shook the nation. This is another example of cowardice of the Pakistani military, their adopted children- the terrorists on both sides of the borders and specially those who are fed in India and they work as Pakistani agents for money. 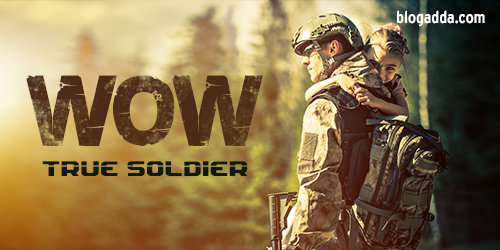 Yes there are the separatists who get huge amounts of money, attention and security cover costing a lot to the nation and they do not miss a single chance to speak against our nation. Now I think our government has taken a long awaited decision of removing their security cover, their passports should also be seized and they should be put behind bars on next act of disloyalty or inciting people against the nation. They can be given an option to shift to their favorite nation- Pakistan, if they wish so!

Our country has always gone an extra mile towards maintaining friendly relations with our neighbors. It is our bad luck that we have got neighbors like China and Pakistan, who don’t allow our peace-loving country to focus on development and well-being of our people.

In the present circumstances, we have to always remain alert about our borders remaining intact, since we have such neighbors- while China claims to believe in the principles of Panchtantra, but the dragon as it is known is always ready to cross the borders and keeps claiming to be the real owner of some Indian areas and a state. Further the intimacy between China and Pakistan is also creating extra security risk for India as China has created a road link with Pakistan for aiding and assisting it in its evil pursuits.

Further Pakistan has got the declared policy of Jihad and keeps helping and developing terrorists, the whole world today recognizes the evil designs of this country, which does not believe in development and well being of its people, but only plans to die down while fighting a battle, which it can never win!

In Kashmir where paid youth interrupts the efforts of our forces in flushing out the terrorists, Pakistan realizing that the terrorists are fast losing their life and ground, is paying such people for pelting stones and working against their own nation.

It is a pity that in the modern world, religion could be used to make people work against their own nation, but it is happening in Kashmir and some other parts of India.

I have a feeling that every soldier of Indian nation, who does his duty without asking questions, in very difficult circumstances-  be it at the borders or conducting elections, riots, agitations etc. is a true soldier and we Indians are proud of them and owe a lot to them.

This post is a part of Write Over the Weekend, an initiative for Indian Bloggers by BlogAdda.’